You are given a string s of length n and a number k. Let’s denote by rev(s) the reversed string s (i.e. rev(s)=snsn−1…s1). You can apply one of the two kinds of operations to the string:

How many different strings can you get as a result of performing exactly k operations (possibly of different kinds) on the original string s?

Fortune telling is performed as follows. There is a well-known array a of n non-negative integers indexed from 1 to n. The tellee starts with some non-negative number d and performs one of the two operations for each i=1,2,…,n, in the increasing order of i. The possible operations are:

One time, Alice decided to start with d=x and Bob started with d=x+3. Each of them performed fortune telling and got a particular number in the end. Notice that the friends chose operations independently of each other, that is, they could apply different operations for the same i.

You learnt that either Alice or Bob ended up with number y in the end, but you don’t know whose of the two it was. Given the numbers Alice and Bob started with and y, find out who (Alice or Bob) could get the number y after performing the operations. It is guaranteed that on the jury tests, exactly one of your friends could have actually gotten that number.

Find the lexicographically smallest permutation that can be obtained by performing exactly one reverse operation on the initial permutation.

Note that for two distinct permutations of equal length a and b, a is lexicographically smaller than b if at the first position they differ, a has the smaller element.

Determine whether it can be sorted in non-decreasing order using this operation any number of times.

You are given an array a of size n.

Please output the minimum sum of the array you can get after using the operation above any number of times.

You are given an array a of size n. Each element in this array is an integer between 1 and 109.

You can perform several operations to this array. During an operation, you can replace an element in the array with any integer between 1 and 109.

An element ai is a local maximum if it is strictly larger than both of its neighbors (that is, ai>ai−1 and ai>ai+1). Since a1 and an have only one neighbor each, they will never be a local maximum.

You are playing a very popular computer game. The next level consists of n consecutive locations, numbered from 1 to n, each of them containing either land or water. It is known that the first and last locations contain land, and for completing the level you have to move from the first location to the last. Also, if you become inside a location with water, you will die, so you can only move between locations with land.

Your task is to spend the minimum possible number of coins to move from the first location to the last one.

Note that this is always possible since both the first and last locations are the land locations. 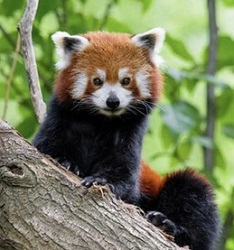 Aenar has an array a consisting of n integers.

A. Print a Pedestal

Given the integer n — the number of available blocks. You must use all blocks to build a pedestal. 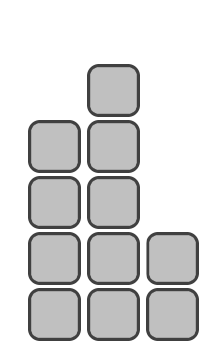 Kristina has two arrays a and b, each containing n non-negative integers. She can perform the following operation on array a any number of times:

Thus, in two operations, she can get an array b from an array a.

A. The Third Three Number Problem

You are given two even integers $n$ and $m$. Your task is to find any binary matrix $a$ with $n$ rows and $m$ columns where every cell $(i,j)$ has exactly two neighbours with a different value than $a_i,j$.

It can be proven that under the given constraints, an answer always exists.

There is a string 𝑠 of length 3, consisting of uppercase and lowercase English letters. Check if it is equal to “YES” (without quotes), where each letter can be in any case. For example, “yES”, “Yes”, “yes” are all allowable.

In an ICPC contest, balloons are distributed as follows:

A contest has 26 problems, labelled 𝖠, 𝖡, 𝖢, …, 𝖹. You are given the order of solved problems in the contest, denoted as a string 𝑠, where the 𝑖-th character indicates that the problem 𝑠𝑖 has been solved by some team. No team will solve the same problem twice. Determine the total number of balloons that the teams recieved. Note that some problems may be solved by none of the teams.

Luca has a cypher made up of a sequence of 𝑛 wheels, each with a digit 𝑎𝑖 written on it. On the 𝑖-th wheel, he made 𝑏𝑖 moves. Each move is one of two types: 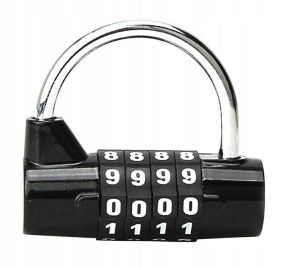 Luca knows the final sequence of wheels and the moves for each wheel. Help him find the original sequence and crack the cypher.

An integer array 𝑎1,𝑎2,…,𝑎𝑛 is being transformed into an array of lowercase English letters using the following prodecure:

While there is at least one number in the array:

After the transformation all letters are united into a string, in our example we get the string “cacta”.

You are given 𝑛 of integers 𝑎1,𝑎2,…,𝑎𝑛. Process 𝑞 queries of two types:

Note that when processing the query, we look specifically at the odd/even value of 𝑎𝑖, not its index.

After processing each query, print the sum of the elements of the array 𝑎.

Please note that the answer for some test cases won’t fit into 32-bit integer type, so you should use at least 64-bit integer type in your programming language (like long long for C++).

You find yourself on an unusual crossroad with a weird traffic light. That traffic light has three possible colors: red (r), yellow (y), green (g). It is known that the traffic light repeats its colors every 𝑛 seconds and at the 𝑖-th second the color 𝑠𝑖 is on.

You need to cross the road and that can only be done when the green color is on.

You know which color is on the traffic light at the moment, but you don’t know the current moment of time. You need to find the minimum amount of time in which you are guaranteed to cross the road.

You can assume that you cross the road immediately.

For example, with 𝑠=”rggry” and the current color r there are two options: either the green color will be on after 1 second, or after 3. That way, the answer is equal to 3 — that is the number of seconds that we are guaranteed to cross the road, if the current color is r.

Given three distinct integers 𝑎, 𝑏, and 𝑐, find the medium number between all of them.

The medium number is the number that is neither the minimum nor the maximum of the given three numbers.

In order to write a string, Atilla needs to first learn all letters that are contained in the string.

Atilla needs to write a message which can be represented as a string 𝑠. He asks you what is the minimum alphabet size required so that one can write this message.

There are 𝑛 participants in a competition, participant 𝑖 having a strength of 𝑠𝑖.

Every participant wonders how much of an advantage they have over the other best participant. In other words, each participant 𝑖 wants to know the difference between 𝑠𝑖 and 𝑠𝑗, where 𝑗 is the strongest participant in the competition, not counting 𝑖 (a difference can be negative).

So, they ask you for your help! For each 𝑖 (1≤𝑖≤𝑛) output the difference between 𝑠𝑖 and the maximum strength of any participant other than participant 𝑖.

The double of a string 𝑠 is obtained by writing each character twice. For example, the double of 𝚜𝚎𝚎𝚒𝚗𝚐 is 𝚜𝚜𝚎𝚎𝚎𝚎𝚒𝚒𝚗𝚗𝚐𝚐.

Given a string 𝑠, rearrange its double to form a palindrome. Output the rearranged string. It can be proven that such a rearrangement always exists.

where ⊕ represents the bitwise XOR.

It can be proven that there exists a sequence of integers that satisfies all the conditions above.

All of the submissions for InfyTQ Certification Round, February 2022. All the submissions are posted once the examination was already over. Morning Shift : 8 Feb Problem 1 Consider the foll...

Practice Round Problem statement You are opening a small pizzeria. In fact, your pizzeria is so small that you decided to offer only one type of pizza. Now you need to decide what ingredients to ...